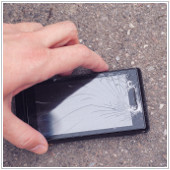 Microsoft smartphones have always seemed to pale in comparison to Android and Apple devices. Perhaps one of the largest reasons why is because it entered the smartphone game too late. And the recent “strategic retreat” from the consumer market only suggests that Microsoft is far from reaching their initial goals with their mobile platform. Here are some more details on why Microsoft is backing out of the mobile phone market.

The Windows Phone was introduced in 2010 and quite late in entering the smartphone game. After acquiring Nokia – a company facing severe losses – for $7.6 billion, Microsoft introduced Lumia handsets in the market. Since then however, Lumia handset sales fell by 49%. Additionally, over 10,000 employees were laid off and the failed smartphone venture would then be sold to Foxconn, a multinational company in Taiwan, for $350 million.

Reasons for the failure

There were many reasons why the Microsoft smartphone was not successful in the consumer market. Perhaps the biggest reason was because Microsoft entered the smartphone market too late, especially when Apple and Android devices were already starting to dominate the market. While the Windows Phone was a perfectly fine device, it lacked the “wow” factor that brands like Apple’s iOS and Google’s Android captured.

Apple and Android already had a wide variety of apps and features available for users by the time Microsoft joined in. So it didn’t help that Microsoft, at the time, had limited access to popular social media apps and advanced hardware features, which is why consumers kept lining up for the latest iPhone. Furthermore, Microsoft’s phone success had only been limited by its low price point and commitment to security, which might be good for business but not for consumer use.

Additionally, the success of Apple and Google was a result of being laser focused on the mobile market, while Microsoft simply had priorities other than their smartphone venture. Overall, phones are just a very small part in Microsoft’s strategy. They are more focused in areas like developing their cloud productivity suite, the Surface Pro tablet, and getting more consumers and organizations to use Windows 10 as their operating system of choice. On the other hand, Android’s operating system was far more advanced and Apple’s constant development of their hardware made it almost impossible for Microsoft to infiltrate the smartphone market. Therefore from the beginning, Microsoft was already fighting an uphill battle.

Though Microsoft has experienced a heavy blow in their smartphone development, this doesn’t mean they are down for the count. They decided to remove their products from the consumer market and focus on enterprise only markets as their product appeals to value-oriented buyers. As for the significant losses, Microsoft is not likely to go broke any time soon.

There are also rumors going around that the success of the Surface Pro tablet might bring about a Surface Phone. And even if there won’t be one, Microsoft’s tablets performance are on par, if not better, than the iPad Pro, so the company still has chances to enter the mobility devices market. At the end of the day, the failure of Microsoft’s smartphone gives the tech company more time to focus on areas like HoloLens, Internet of Things (IoT), gaming, the cloud, and the further development of their operating system.

Do you think Microsoft will survive their smartphone blunders? If you want to learn more about the latest Microsoft trends, features, and applications, get in touch with us today.