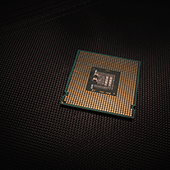 When one cyberattack is stopped, another more powerful variant almost always takes its place. It happens all the time with ransomware, computer viruses, and Trojan horses. Recently, this has become the case with Spectre attacks, which exploit a fundamental flaw in modern computer chips. Here’s everything you need to know.

Spectre 101
For those who don’t know, Spectre is a vulnerability in modern computer chips like Intel and AMD that allows hackers to steal confidential information stored in an application’s memory, including passwords, instant messages, and emails. Malicious code running on a computer or web browser could be used to exploit this vulnerability, but ever since Spectre was discovered, Microsoft, AMD, Intel, and other tech companies released a series of updates to fix it.

What is NetSpectre?
To perform Spectre attacks, malware would have to run on a targeted machine to extract sensitive data. But in late July, Austrian security researchers found a way to launch Spectre-style attacks remotely without locally installed malware. The new attack is called NetSpectre and it can be conducted over a local area network or via the cloud.

So far, it’s impractical for average hackers to use this method to steal data. In tests, researchers were able to steal data at a rate of between 15 to 60 bits per hour, which means it would take days to gather corporate secrets and passwords. As such, NetSpectre will probably be used by hackers who want to target specific individuals but don’t want to resort to obvious methods like phishing scams or spyware.

Experts also warn that while NetSpectre may be impractical now, hackers may develop faster and more powerful variants in the future.

How should you protect your business?
NetSpectre attacks exploit the same vulnerabilities as the original Spectre so it’s important to install the latest firmware and security updates. You should also secure your networks with advanced firewalls and intrusion prevention systems to detect potential NetSpectre attacks.

Last but not least, working with a reputable managed services provider that offers proactive network monitoring and security consulting services can go a long way in protecting your business from a slew of cyberthreats.

If you’re looking for a leading managed security services provider, why not talk to us? We provide cutting-edge security software and comprehensive, 24/7 support. Call us today for more information.