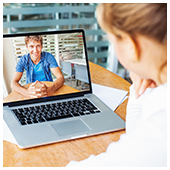 Microsoft has recently announced an Insider Program offering for Skype. This program will allow Skype users on Android, iOS, OS X, and Windows to access more features and updates to its Voice over Internet Protocol (VoIP) service and application. Read on to learn more about Microsoft’s new Skype Insider Program and how it can benefit you.

At its core, the new Skype Insider Program is a way to allow Skype users to beta test cutting-edge features and software fixes. In addition to granting users access to the latest features before they become public, this program also gives Microsoft a major advantage because more beta testers means it can roll out full updates and upgrades more quickly. After joining, users can test out a wide array of improvements for any Skype platform, including Android, iOS, OS X, or Windows.

Make sure you know exactly what you’re getting into before joining this Insider Program, or any betas for that matter. It exists to test out how well new features work “in the wild,” and there is potential for bugs. The catch 22 is that with so many users beta-testing the software, those problems and bugs will be fixed far more quickly than before, and participants will have a head start on using those features when they officially roll out.

VoIP has been around for years now, and most vendor offerings are similar to one another. In our opinion, getting access to new VoIP technology is definitely worth it. You’ll be able to get a head start on the competition, and Microsoft will reward your contributions with a faster, more secure Skype connection.

An open and well-populated beta program almost always means great things for users and the software they’re using. If you are interested in becoming part of Skype’s Insider Program, or if you have any VoIP-related questions, contact us today.