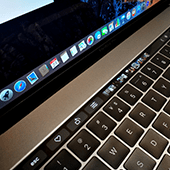 When your previously blazing fast Mac is taking longer than usual to start up, launch applications, or open and save files, something’s clearly wrong. Some users think it’s due to the macOS Mojave update, but it could also be due to other issues. Regardless of what’s causing the slowdown, these tips can help.

Clean up your Login Items

The Login Items list (or “Startup List”) contains all the apps and programs that automatically start when you log in. Some applications or programs are automatically added upon installation while some are manually added. Items that are no longer supported by Mojave will take time to launch, causing the system to slow down.

You can also clean out specific unsupported apps and services from your list. On the other hand, the slowdown may also be caused by apps that are outdated. If you suspect this to be the case, simply update your apps.

Start up in Safe Mode

The Mac Safe Mode is often used to troubleshoot system-wide issues and fix problems with specific apps. Booting up in Safe Mode doesn’t just repair startup drive and hardware issues, but it also deletes system caches, which slow down the startup process.

Cache files are temporary data stored on a hard drive to speed up processes. But for major upgrades like installing a new OS, cache files may become corrupted and slow down your computer. Clearing your Mac’s cache and other temporary files may bring back your Mac’s old speed.

Upgrade to an SSD

An SSD (solid-state drive) is a disk storage system that significantly speeds up a Mac’s ability to process data. It will entail some expense since you might need to purchase one, but it’s one of the most effective ways to speed up your Mac. Alternatively, you can use an external storage system to boot up your computer.

A Mac may also slow down because of insufficient space on its startup drive. Every Mac has a built-in hard disk, but users have the option to use an external startup disk for faster performance. Your space requirement depends on the programs you use. So if you work on large media files and data, you need a bigger disk storage.

If you’ve tried one or several of these tips and still experience sluggishness, it may be time to consider other options, including trading in your old Mac for a new one. But before you do that, let us help you explore other ways to improve the performance of your trusty machine. Get in touch with us today.